Coin grading is the process of determining the grade or condition of a coin, one of the key factors in determining its value. A coin’s grade is generally determined by five criteria: strike, preservation, luster, color, and attractiveness. Several grading systems have been developed. Certification services professionally grade coins for tiered fees.

In 1948, well-known numismatist Dr. William Herbert Sheldon attempted to standardize coin grading by proposing what is now known as the Sheldon Scale. Sheldon’s 1 to 70 grading scale, included in his book “Penny Whimsy”, was originally devised for U.S. large cents but it is now applied to all series 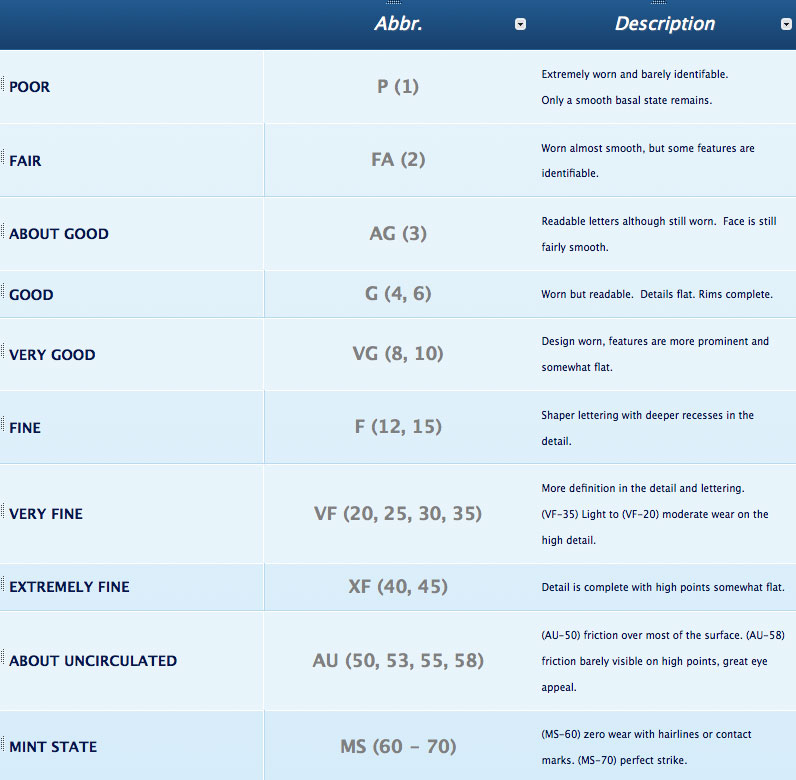