The global financial system continues to groan under the strain of the accumulated weight of trillions of dollars worth of debt and derivatives, which have built up to even more fantastic levels than those that precipitated the near collapse in 2008, thanks to the policy of solving liquidity problems near term by creating even more debt and derivatives, Quantitative Easing being the most obvious example. However, while the majority considers the situation to be hopeless, there is actually “light at the end of the tunnel.”

If only a way could be found to freely tap the funds of savers at will, by imposing duties or taxes on bank accounts, with the additional option to appropriate savers’ funds on occasion as required, then the systemic liquidity problems will be solved. Banks need never fear solvency problems again and they can simply fall back on the account holder’s funds to meet any obligations. There are in fact already names for these restorative operations, they are called “bails-ins” and NIRP (Negative Interest Rate Policy).

Unfortunately, any immediate attempt to implement bail-ins and NIRP on a large scale will backfire because, faced with being charged significant sums for the privilege of keeping their money in the bank, savers will simply withdraw their funds and keep them as cash at home, or maybe even invest in precious metals. It is therefore imperative that these escape routes are blocked off.

We have already seen an interesting “trial balloon” in recent years with respect to bails-ins. This was the celebrated Cyprus bail-in. When Cyprus banks were about to go belly up a couple of years ago, they saved themselves by raiding customers’ accounts, which is more palatably described as a bail-in. The reaction of global savers to this action by the Cyprus banks was one of horror and revulsion and they made it plain that they weren’t going to stand idly by and watch banks plunder their funds—they would withdraw them as cash if any such threat should appear over the horizon.

This reaction set the great minds of the banking community to work on how to stop savers withdrawing their funds in the face of these threats. The solution was and is simple—abolish cash! Thus we have seen production of the 500 Euro note in the European Union stopped so that it gradually fades into oblivion and in the U.S. Larry Summers has proposed abolition of the $100 bill, which accounts for most of the money in circulation. The idea is to implement the policy for a global cashless society in stages—if it is done all at once the public will revolt. They need to be trained to go cashless and this will take time. By starting with high denomination notes you actually remove most of the currency in circulation at a stroke, but the masses can still buy cigarettes and candy bars at street corner shops with small denomination notes. The excuse given for the removal of the notes is that it impedes organized crime and money laundering, etc., which is, of course, a convenient smokescreen.

With plans for a cashless society already well advanced it was time for another trial balloon. India was selected. Anxious to demonstrate his credentials as a card carrying member of the New World Order, and oblivious to the effects of the operation on the hapless citizenry of his country, Indian Prime Minister Narendra Modi went ahead with the withdrawal of two key banknotes. This caused chaos across the country, especially in rural areas where many don’t even have bank accounts, and citizens often had to travel long distances to get to banks to change these banknotes, only to find that the banks had in many cases run out of smaller denomination notes. Despite the economic dislocation and suffering experienced by the masses, including some deaths, the experiment was deemed a success by the elites, as they had gotten away with it, with the cowed and impotent citizenry accepting it as their fate—what they should have done is rioted until the measures were withdrawn. Globally, the plan therefore is to keep chipping away at it until the cashless society is universally accepted, the only cash likely to remain being small denomination notes and coins suitable for paying street vendors and bus fares etc.

The arrival of the cashless society will not only mean that banks will be able to avail themselves of citizens’ funds as and when they please, it will also mean that the banks, and by extension the government, will know all your financial business, what you do and when. Tax evasion will be impossible, and eventually you will not be able to do business with companies that are not approved of by the government.

With the escape route into cash set to be blocked off, that leaves precious metals: gold and silver—gold as a store of value and silver more for everyday transactions. Gold bugs and others, especially survivalists, and many wealthy investors see this as THE way to escape the rapacious grasp of the banks and the government, and are busy squirreling away fortunes into overseas vaults, etc. However, it is unfortunate that if you can think of this, so can they, so can the banks and the government, and they have plans for you and your gold hoard. Remember, their power is absolute, no one dares stand up to them and they can and will do what they like, changing the law as required to suit their purposes. They are much more powerful than President Franklin D. Roosevelt, who in the 1930s, in an act of naked piracy, seized the gold of U.S. citizens, and furthermore their modern powers of surveillance and tracking are much more sophisticated than anything back then.

Thus we can expect governments to declare the holding of gold (and silver) to be illegal, and to demand forfeiture to the government in exchange for nominal compensation. Vendors of gold bars will be closed down and mints will not sell retail gold. Unlike the 1930s, this would be a coordinated global campaign, a kind of witch hunt if you will, and there will be no corner of the world that is safe, just as they finished off private banking in Switzerland. Those buying gold and stashing it in various pseudo anonymous remote foreign depositories will be in for a nasty shock as these vaults are arbitrarily raided and plundered, with local and international law being changed as required to facilitate this. Nothing will stand in the way of a system that will not permit alternatives.

We will end on a positive note. No one really wants to see a complete systemic collapse, which is what will happen if banks don’t avail themselves of savers’ funds quite soon, least of all the controlling elites at the top of the pyramid who live lives of scarcely imaginable opulence and luxury and wish to continue doing so. Such a collapse would lead to bank accounts being frozen, and a breakdown of the distribution system leading to anarchy and hand-to-hand fighting in the streets for essentials like food and gasoline. Should we not therefore be grateful to our illustrious masters who have ingeniously thought of a way out of the current impasse, by availing themselves of your funds as required? Is it not a small price to pay to go cashless and forego your privacy and independence, and forfeit your gold and silver on demand?

It is tempting to blame others for all this, especially those in control of the system, but don’t forget that for decades you voted for people who routinely lied before elections, and told you what you wanted to hear, that you could have it all right now and to hell with the future—well, that future has now arrived. 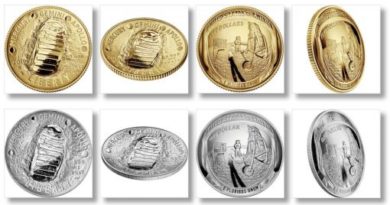 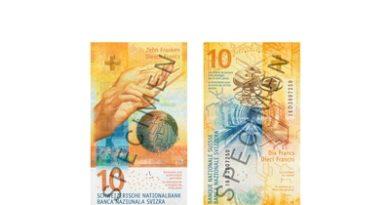 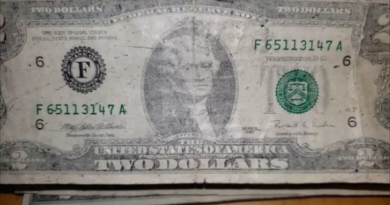