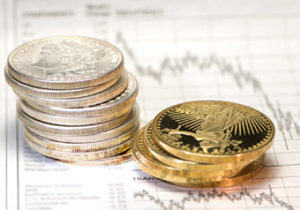 The spot gold price ended the month of November almost where it had begun. This outcome perhaps discouraged many potential bullion-related coin sales in its wake. No excitement often leads to no buyers.

Mint sales of gold and silver composition coins was one of the lowest totals in more than a decade, according to a Metals Focus report. The report projected gold American Eagle sales for the year likely falling below 250,000 ounces, remarking “In so doing this would represent the lowest full-year total since 2007. With regards to silver, annual sales may fall short of 17 million ounces, which would stand at an 11-year low.”

The number of eBay sales of 2007-2016 dated First Spouse gold coins dropped to 49 transactions, a decline of eight percent from one month earlier. This was out of about 1,000 coins offered. The sell-through rate is nothing to brag about.

Price movement of collectible coins, be they those impacted by bullion fluctuations or not, common, scarce to rare, remains primarily sideways once again. While this trend will continue to keep most investor-oriented buyers on the sidelines, collectors continue to benefit due to current reasonable price levels. I realize the purpose of the prices published here is to put focus on value, but the primary reason to be involved with coins right now should be a combination of affordability and collectibility. Speculating on asset appreciation is not a firm base on which to build a sound numismatic future.