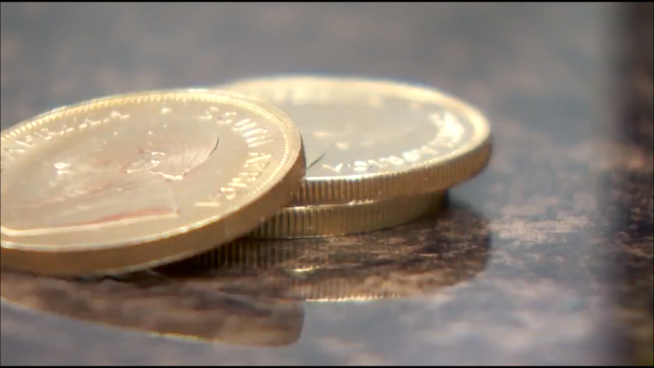 Ring, ring! A good Samaritan in Connecticut just got his wings!

Bell ringers in Bristol are counting their blessings after finding three gold coins worth thousands in a Salvation Army red kettle.

On Nov. 27, a good Samaritan slipped the generous donation into the kettle at a Price Chopper in Bristol.

Not wanting bell ringers to mistake them for normal coins, he later called the Salvation Army anonymously to tell them to be on the lookout.

“We were so surprised and amazed when we found the coins,” said Captain Sharenna Echavarria, Corps Officer at The Salvation Army in Bristol. “We are extremely blessed by the generosity of this donor.”

And that generous gift turned out to be more than the Salvation Army could imagine.

The Krugerrand coins, which were from South Africa, were appraised at $4.050.