Osho Jha is an investor, data scientist, and tech company executive who enjoys finding and analyzing unique data sets for investing in both public and private markets.

The week of March 9 was a ride regardless of what market you trade and invest in. Markets spiking up, markets spiking down, longs taking drawdowns, shorts getting stopped out on intraday bounces. While investor sentiment across markets was negative, there was also a sense of confusion as “there was nowhere to hide” in terms of assets. Interestingly, I’ve yet to speak with anyone who made a “real killing” in that week’s trading. The ones who fared best are the ones who moved out of assets and into USD/hard currency and now have many options as to where to vest that capital.

On March 12, bitcoin having already traced down from $9200 to $7700 and then to $7200 in the prior few days, plunged from $7200 to $3800 before spiking up and settling in the $4800 to $5200. The move tested the resolve of bitcoin bulls who had expected the upcoming halving to continue to drive the price higher. Similarly, sentiment towards the crypto king and leading decentralized currency plunged with many pointing to bitcoin’s failure to be a hedge in troubled times – something that was long assumed to be a given due to the “digital-gold” nature of bitcoin. I, however, believe that these investors are mistaken in their analysis and that the safe haven nature of bitcoin is continuing.

See also: Noelle Acheson – Why Bitcoin’s Safe-Haven Narrative Has Flown Out the Window

Earlier that week, I wrote a short post on my thoughts around the BTC drawdown from $9200 to $7700. In it, I pointed out that gold prices were also taking a drawdown along with stocks and rates. My suspicion was there was some sort of liquidity crunch happening causing a cascading fire sale of assets. This more or less played out exactly as one would expect, with all markets tanking later in the week and the Fed stepping in with a liquidity injection for short term markets. This liquidity injection included an expansion of the definition of collateral.

Repo Markets – the Canary in the Coal Mine

Having worked in both rates and equities, I’ve noticed that equities traders tend to ignore moves in rates and it’s, unfortunately, a waste of a very powerful signal. Specifically, “significant” or “odd” moves in short term markets signal shifts in the underlying liquidity needs for market participants. While repo markets have many intricacies and dynamics, here is a general outline of what they do and how one might use them.

For context, a repo (repurchase agreement) is a short term loan – generally overnight – where one party sells securities to another and agrees to repurchase those securities at a date in the near future for a higher price. The securities serve as collateral, and the price difference between the initial sale and repurchase is the repo rate – i.e. the interest paid on the loan. A reverse repo is the opposite of this –  i.e. one party buys securities and agrees to sell them back later.

Repo markets serve two important functions for the broader market. The first is that financial institutions such as hedge funds and broker-dealers, who often own lots of securities and little cash, can borrow from money market funds or mutual funds who often have lots of cash.

THIS LIQUIDITY CRUNCH AND ENSUING GOVERNMENT INTERVENTION IS LAYING THE FOUNDATION FOR BITCOIN’S ADOPTION AS A SAFE HAVEN ASSET.

The second function for repo markets is that the Fed has a lever to conduct monetary policy. By buying or selling securities in the repo market, it is able to inject or withdraw money from the financial system. Since the global financial crisis, repo markets have become an even more important tool for the Fed. Sure enough, the 2008 crash was preceded by odd movements in repo markets, showing what a good indicator of the future repo can be.

The Fragility of Our Current Financial System

With equities selling off in larger and larger moves and the markets becoming more volatile, the Fed injected liquidity into the short term markets. While some headlines claim the Fed spent $1.5 trillion in a recent move to calm equities markets, those headlines are a bit sensationalist and are trying to equate last week’s actions to TARP (Troubled Asset Relief Program, which allowed the Fed to purchase toxic debt from bank balance sheets along with said banks’ stocks). And I say this as someone with very little trust in the Fed. This wasn’t a bailout but was a move to calm funding markets and the money is now part of the repo markets making it a short term debt.

See also: Despite Bitcoin Price Dips, Crypto Is a Safe Haven in the Middle East

Let’s take a step back and think about what that means – short term markets where parties exchange very liquid collateral had a funding crisis, implying that market participants on aggregate didn’t have cash or didn’t want collateral in return for cash, and needed the intervention of the Fed to continue functioning. There is no way to cut this as a positive. This would go a long way in explaining the wild movements and unprecedented yields hit across the entire yield curve. To make matters worse, this is not a new phenomenon. There was a funding crisis in September 2019 as well. It is clear that the repo markets are struggling without the Fed’s intervention.

Given the fire sale we saw recently, and the whipsaw in the treasuries markets, I suspect some funds were caught off guard, especially by the move in oil futures, and were unable to get funding. This then led to a sale of assets to generate cash and then a cascade of sales across markets.

What about BTC (and Gold)

To clarify, I keep putting “and Gold” in parentheses because the commentary applies to both markets given the nature of their fixed supply. I consider BTC to be a better version of gold as it is provably scarce, among other benefits. However, gold has enamored mankind since…well, the dawn of mankind. So while I think BTC is the better option, gold has a place in portfolios not quite ready for digital currencies.

Bitcoin had a bad week, retracing much of 2019’s gains but remaining positive on a Y/Y basis (though it’s up again more recently). Here are the positives: bitcoin and traditional safe haven assets all sold off, bitcoin is now trading very cheaply on a USD basis, and the fundamental analysis and value proposition remains unchanged. Because of bitcoin’s newer, more volatile nature, the moves in this market will naturally be more extreme.

People think bitcoin lost its safe asset use-case, but this liquidity crunch and ensuing government intervention is laying the foundation for bitcoin’s adoption as a safe haven asset.

It’s easy to talk about long term theses and other “hopeium” in the face of this nascent market’s most extreme recent drawdown and ignore the fact that a ton of people lost a ton of money. So let’s consider the short term thesis:

A “first-level” analysis would conclude that BTC went down, while stocks went down and so, there is no “store of value,” nor does it function as a “safe haven.” I cannot stress how useless this commentary is, and masquerading it as “analysis” is somewhat insulting. Anybody with mediocre programming skills can plot two lines and point to a correlation – what value has this analysis added? None.

That aside, consider gold in 2008. Gold prices fell sharply at the beginning of the financial crisis, only to rally after TALF (Term Asset-Backed Securities Loan Facilities, which was a program to increase credit availability and support economic activity by facilitating renewed issuance of consumer and small business asset-backed securities. Unlike TARP, TALF money came from the Fed and not the U.S. Treasury and so the program did not require congressional approval but an act of congress forced the Fed to reveal how funds were lent ) and other relief measures were implemented and then further bolstered by Quantitative Easing (QE), where central banks purchase a predetermined number of government bonds to increase the money supply and inject money directly into the economy. In the U.S. QE started in November 2008 and ended about six years and $4.5 Trillion later.). This serves to illustrate that safe haven assets may sell off during a liquidity crunch but afterwards investors begin to see the need for assets with sound money properties that offer protection from currency devaluation.

For cryptocurrency markets, the signs of a pullback were building. I personally watch Bitmex leveraged positions to get an indication of where the market is. Whenever leveraged positions build up to an extreme, the market tends to (possibly is forced to) move in the opposite direction and clear out the leveraged positions. There were over $1 billion in leveraged longs on Bitmex and from what I last read, roughly $700 million of those were wiped out during the week of the sell off. It is a painful but necessary cleansing.

Because bitcoin is a mined coin with model-able production costs, it is important for fundamental investors to follow miner behavior closely. Leading up to the crash, miner inventory had built up. Miners either sell coins to market or build up reserves to sell when prices are more favorable. This is called the MRI (miner rolling inventory). Chainalysis put out this fascinating chart that shows miners generated inventory vs. inventory sent to exchanges. One could assume miner hoarding is a sign that there is an expectation of a price increase, but a liquidity crunch throws all that out the window, AND historical data suggests that returns are better when miners are not hoarding.

So where do we go from here?

Losing money sucks, but when you invest or trade, it’s something you should get used to. If you’re a stellar investor, you’re probably still losing money 40 percent of the time. So, the short term shows a buying opportunity as we saw a large capitulation last week. Alternative.me’s BTC Fear and Greed Index implies a startling change from last month flipping from a score of 59 (Greed) to 8 (Fear) showing that fear is currently the driving market force, and it’s almost always better to buy when others are fearful.

But I would urge caution. Until we see BTC, gold, and Treasuries dislocate from S&P500 i.e. break their recent correlation, I am cautiously deploying capital.

On a long horizon, things are going according to plan. The halving is still some blocks and months away. Miners who are already feeling the pain of this price reduction will continue to struggle to be profitable as block rewards are halved. On Sunday, March 15th the Fed slashed baseline interest rates to 0 percent and announced the purchase of $700 billion in bonds and securities to calm financial markets and create an economic stimulus. After the recent pull back in stocks, many of us had assumed the Fed would engage in a new form of QE. If history serves us correctly, this is likely the first of many asset purchase programs.

The money printer is coming, and when that starts, fixed supply assets such as BTC and gold will do well. The stock market has spoken: it is demanding an economic stimulus and has shown over the past year that, without government liquidity injections, it cannot sustain its current growth. 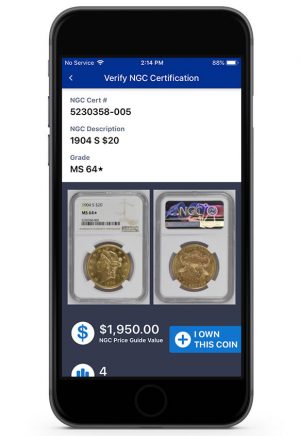