You just might have a million dollars in your pocket. Here are some of the world’s most valuable coins:

This was the first dollar coin issued by the U.S. federal government. The U.S. Mint was established in 1792, and the first silver dollars were struck on October 15, 1794.

The Flowing Hair Dollar was phased out in October 1795 and replaced by the Draped Bust Dollar.

There are about 120 to 130 (estimated) surviving Flowing Hair Dollars.

In January 2013, Stack’s Bowers Galleries sold one of the coins at auction for a staggering $10,016,875, making it the most expensive coin ever sold.

Talk about rare. In 1933, 445,500 of the coins were minted, but they were never circulated. That same year, President Franklin Roosevelt issued an executive order forbidding the hoarding of gold coin, gold bullion, and gold certificates within the U.S.

In 1934, Congress passed the Gold Reserve Act, and all but two of the Double Eagles were ordered to be melted down. However, 20 of the coins were stolen and sold to collectors.

The U.S. Secret Service got to work recovering the stolen coins, and nine were seized, but one of the coins had made its way into the collection of King Farouk of Egypt. When Farouk was deposed in 1952, his belongings were auctioned off, but the Double Eagle had disappeared.

Fast forward 40 years to 1996, British coin dealer Stephen Fenton tried to sell the coin in New York City. The U.S. brought a court case, and while ownership of the coin was in dispute, the coin was stored in what was thought to be a secure place — the treasury vaults within the World Trade Center.

In July 2001, just two months before the World Trade Center was destroyed, the Double Eagle was moved to the U.S. Bullion Depository at Fort Knox.

Stephen Fenton received half of the proceeds from the sale, and the other half went to the U.S. Treasury.

This coin was made in 1787 by New York State gold- and silver-smith Ephraim Brasher, making it the first gold coin made for the U.S.

In December 2011, one of the coins was sold by a rare-coin dealer and was acquired by a Wall Street investment firm, for nearly $7.4 million.

The Brasher Doubloon was featured in author Raymond Chandler’s Philip Marlowe mystery, The High Window. The coin also appeared in author John Bellair’s The Mansion in the Mist.

The Umayyad Gold Dinar dates to 723 A.D. and is made of solid gold. The text, seen on the coin’s face, translates to “Mine of the Commander of the Faithful,” and the mine is believed to be Ma’din Bani Sulaim, located northwest of the holy city of Mecca, in what is today western Saudi Arabia.

The upcoming auction will be only the second time one of these coins has been offered at public auction. In April 2011, Morten & Eden sold one of the coins for $6,029,400.

Before 1933, when gold was eliminated from U.S. coinage, the Eagle was the largest denomination of U.S. coins, which included the mill, the cent, the dime, the dollar, and the eagle. A cent was equal to 10 mills, and an eagle was worth 10 dollars.

The purity of all circulating U.S. gold coins was eleven twelfths pure gold, which is equivalent to 22 karat gold.

Here’s another rarity, only five of these coins are known to exist. Two are in museums, and three are in private hands. In August 2018, Stack’s Bowers sold one of these coins for $4,560,000.

Strangely, there is no record of these coins ever having been minted by the U.S. Mint during 1913. In December 1919, a numismatist named Samuel Brown had placed an advertisement in The Numismatist offering $500 for each Liberty Head Nickel.

Then, at the 1920 American Numismatic Association annual convention, Brown showed up with five of the coins.

Even more strangely, in 1913, Brown had been an employee of the Mint. Brown sold all five coins to Colonel E.H.R. Green, and eventually, the set of five coins was broken up. The coin that sold for almost $5 million came to be called the Eliasberg specimen.

Another of the coins, called the Olsen specimen, appeared in a 1973 episode of the popular TV series Hawaii Five-O. This same coin was also owned by King Farouk.

The strangest history belongs to the coin known as the Walton specimen. When its owner George O. Walton died in a car crash en route to a coin show, his heirs attempted to auction off Walton’s Liberty Head Nickel, but the auction house deemed it a fake and returned it.

The coin sat in a closet in Walton’s sister’s home for 40 years. Then, in July 2003, the American Numismatic Association was going to display the four existing Liberty Head Nickels at their annual convention. As a publicity stunt, they launched a nationwide search for the fifth and missing coin, and they offered $10,000 as a reward for information on its whereabouts.

Walton’s heirs brought the coin to the convention, where it was authenticated. In June 2018, the coin was sold for between $3 million and $4 million.

Since July 2018, the coin has been displayed at the ANA museum.

Also known as the Bowed Liberty Dollar, this coin was struck by the U.S. Mint not in 1804, but during the 1830s. The coins were created to be used as diplomatic gifts and to be traded with coin collectors for coins that the Mint wanted for their own collection.

In a September 23, 2018 story, CBS News described the upcoming auction of a Birch Cent. Only four of these coins were ever minted, and they were commissioned by Thomas Jefferson.

Four varieties were created, including the coin mentioned in the article, which is called Judd-3 and has no lettering on its edge. It is the only known example, and it hasn’t been sold in more than 40 years. In January 2015, one of the four Birch Cent coins sold for $2,585,000.

Copper was needed for the war effort in 1943, so pennies were made out of steel. When the U.S. Mint accidentally created a batch made of copper, they became collector’s items. If you happen to find one, it could be worth $10,000.

Besides checking your pockets, it might be worth your time to scrounge around in your couch cushions. You never know what you’ll find. 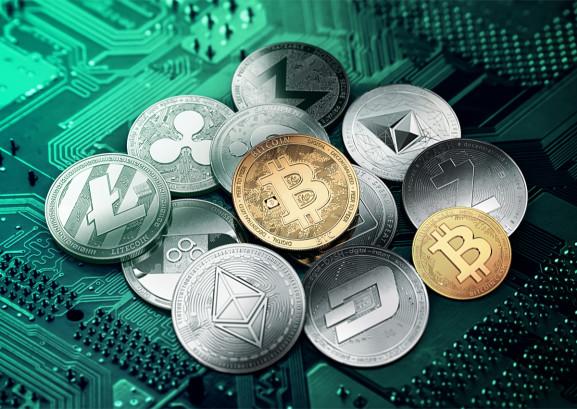