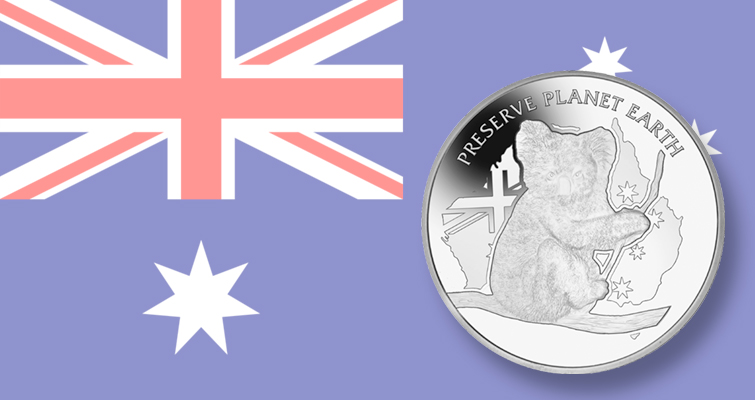 A new silver coin from Niue is being sold to benefit wildlife recovery efforts in Australia.

The $1 coin is being issued in the name of Niue.

Since September 2019 the wildfires in Australia have burned more than 27 million acres in one of the worst fire seasons on record. The fires killed at least 29 people and destroyed more than 2,500 homes. An estimated 1.25 billion animals also perished, including an estimated 8,000 koalas.

“The devastating effects the fires in Australia are having on the people, their homes, the wildlife and the landscape has been seen all over the globe,” according to the Pobjoy Mint. “The special coin has therefore been issued to help raise much needed funds” to help the Australian nation recover from the destruction the fires caused, and to help raise awareness of climate change issues, the Mint said.

The reverse features a map of Australia with the Australian national flag and a koala superimposed over the country.

Delivery of the coins begins March 2.

For full details or to order, visit the Pobjoy Mint website, www.pobjoy.com/us.