The United States Mint has announced the appointment of two new members to the Citizens Coinage Advisory Committee (CCAC). They will fill vacancies created by the expiration of appointments.

Samuel H. Gill was appointed to represent the interests of the general public, replacing Kareem Abdul-Jabbar. Robin Salmon was appointed as the member specially qualified in medallic art and sculpture, replacing Heidi Wastweet.

Mr. Gill is a transportation, logistics and supply chain technology expert, who has run his own consulting business for more than 20 years. He is a former executive at the American Trucking Associations in Alexandria, Virginia and started his career with Arthur Andersen and Company in Washington D.C. He is a Certified Public Accountant and has been an avid coin collector since childhood.

A native of Columbia, South Carolina, Ms. Salmon has been on the staff of Brookgreen Gardens, a sculpture garden and wildlife preserve located just south of Murrells Inlet, in South Carolina, since 1975. She oversees the acquisition, exhibition, and conservation of Brookgreen’s art, history, library, and archives collections, and directs the activities of the Carroll A. Campbell, Jr. Center for American Sculpture, bringing prominent sculptors to Brookgreen annually for residencies, lectures, and workshops.

The Citizen’s Coinage Advisory Committee (www.ccac.gov) was established by an Act of Congress in 2003. The committee is mainly tasked with advising the Secretary of the Treasury on designs and themes for coins and medals produced by the United States Mint.

CCAC members serve terms of four years and are Special Government Employees, who are subject to applicable conflict of interest laws and ethics regulations. 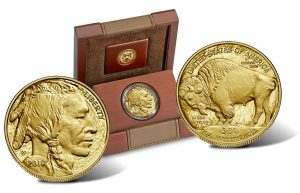