Liberty Coin Service will reward the first five people who bring in one of the new “W” mintmarked 2019 Lowell National Historical Park Quarters by giving each of them a brand new 2019 US 1 Ounce Silver Eagle Dollar. 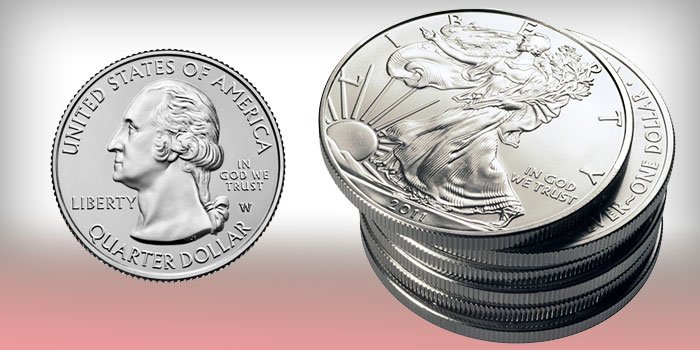 These quarters are the first in American history to bear the W mintmark that indicates they were struck at the West Point, New York Branch Mint.

Said LCS CEO and owner Tom Coulson, “On April 2, the US Mint announced that it had minted two million of these W-mint quarters, where the W is located toward the lower right of George Washington, and would soon be randomly placing them into circulation across the country.

The Mint also announced that it would not be selling any of these W-mint quarters to collectors. That means that the only way to find them is through people checking the change in their pockets.

Also, the Mint announced that it will then strike 2 million quarters with a W mintmark for each of the remaining four America the Beautiful Quarters to be released before the end of 2019, and only distributing these by being placed into circulation.”

Members of the public of any age are eligible to win one of the 2019 1 Ounce Silver Eagle Dollars by being one of the first five people to bring them to Liberty’s store in the Frandor Shopping Center.

The only people not eligible to claim one of the prizes are Liberty’s employees and those who work for banks, credit unions, and other financial institutions.

The US Mint expects the public to start seeing these new quarters in their change by late April.

Frequently-honored Liberty Coin Service, founded in 1971, is Michigan’s largest rare coin and precious metals dealership. Liberty Coins, as it is known locally, has been located in Lansing’s Frandor Shopping Center since 1975.

More information about this reward program can be found at the company’s website: www.libertycoinservice.com.

The United States Mint was established in 1792 to produce legal tender coinage for the nation. It also produces numismatic products to sell to collectors.

The US Mint’s news release announcing the W mintmarked quarters is posted at https://www.usmint.gov/news/inside-the-mint/mint-releases-first-ever-w-quarters-into-circulation.

The public needs to look for the quarters with the letter W toward the lower right of the George Washington side, as seen in the picture below.

The first five eligible people to bring one of these quarters to Liberty Coin Service will receive an uncirculated 2019 US 1 Ounce Silver Eagle Dollar (current retail $21.95).