The popular American Silver Eagle program that launched in 1986 was celebrated in 2016 with the issuance of a special-edition, edge-lettered silver eagle marking the 30th anniversary of the series. The 2016-W proof American Silver Eagle was the first issue to feature an edge inscription with the phrase “30th ANNIVERSARY” on an otherwise plain edge.

This three-coin set of 24-karat gold coins honors the Miss Liberty designs of Adolph A. Weinmanand Hermon A. MacNeil, which were released in 1916 on the dime, quarter dollar, and half dollar. Weinman’s Winged Liberty Head (or “Mercury”) design appeared on the dime until 1945 and Walking Liberty motif, seen today on the obverse of the American Silver Eagle, graced half dollars made through 1947. Meanwhile, MacNeil’s Standing Liberty type was struck on the quarter until 1930.

The three silver coin designs were reproduced on virtually pure gold coins that were nominally monetized as a dime, quarter and half dollar, respectively. The physical weights of these gold coins are symbolic to the designs each carries, including the tenth-ounce “Mercury dime,” quarter-ounce “Standing Liberty quarter,” and half-ounce “Walking Liberty half dollar”.

One of the earliest coins released during the Obama era was also among the most popular of the early 21st century: the MMIX (2009) Ultra High-Relief Saint-Gaudens Gold $20 coin. Modeled after the original ultra high-relief Saint-Gaudens design that was too technically complicated for mass production in 1907, the 2009 Ultra-High Relief 24-karat coin was an immediate hit with collectors, selling 28,173 pieces on the first day alone. A total of 114,427 were minted.

The American Platinum Eagle bullion program was established in 1997 as a complement to the gold- and silver-based American Eagle coin series. The platinum coins have seen various format changes over the decades, including the introduction of annually changing reverse designs on the proof platinum coins. Among these are designs that were released beginning in 2009 as part of the “Preamble to the Constitution” series, with each design paying homage to foundational American ideals such as establishing a fair and equal justice system, providing domestic tranquility, and promoting general welfare.

Launched in 2007 as a complement to the Presidential $1 coin series, the First Spouse gold coinprogram experienced the majority of its existence during the Obama years. The First Spouse coins of the Obama era include pieces honoring Mary Lincoln, Eleanor Roosevelt and Nancy Reagan, the last serving as the subject of the final First Spouse gold coin, which was released on July 1, 2016, just months after Reagan’s death on March 6.

Following the popularity of the MMIX (2009) Saint-Gaudens High-Relief $20 gold one-year issue, the United States Mint embarked on a Liberty-themed high relief gold coin series that began in 2015. The first American Liberty High Relief gold coin proved very popular, listed as a sellout on the United States Mint website mere hours after it was released on July 30, 2015.

The next coin in the series was newsworthy for another reason: it features the first representation of Miss Liberty as an African American. The historic 2017 American Liberty High Relief gold coin, dual dated 1792-2017 to honor the 225th anniversary of the United States Mint, was released on January 12, 2017 – just days before President Obama left the White House.

Obama ran his presidential campaigns on the hope for change, but perhaps one of the most impactful of Obama-era changes won’t occur on pocket “change” but rather paper currency. The non-profit grassroots organization known as Women on 20s geared up in early 2015 and sought to replace the image of President Andrew Jackson on the $20 bill with that of a prominent woman. Concerned that Jackson’s connection to the Trail of Tears that thousands of Native Cherokee were forced to trod out of their homelands in the 1830s, Women on 20s petitioned to replace his image with slavery abolitionist Harriet Tubman, who is the preferred choice of the organization’s supporters.

The group convinced President Obama and the Secretary of the Treasury Jack Lew to add a portrait of historic Civil Rights events at the Lincoln Memorial on the reverse of the $5 bill and a depiction of a famous suffrage protest on the reverse of the $10 bill; both bills will retain their obverse portraits of Abraham Lincoln and Alexander Hamilton, respectively. The $20 bill, meanwhile, will feature Harriet Tubman on the obverse and bump Jackson’s portrait to the reverse. Barring any executive actions by the Trump Administration, the Treasury Department expects to see the three redesigned bills begin circulating in 2020, which marks the centennial of the 19th Amendment, which grants women the right to vote.

On December 4, 2015, President Obama signed legislation that permits the Treasury Secretary to give the Mint latitude to change the metal content of 90-percent silver coins and commemorative silver dollars. One of the caveats of the new law requires any modified coins that formerly contained 90-percent silver compositions to retain a fineness of at least 90-percent silver. This means the United States Mint will likely offer more silver coins with .999 or higher fineness in the years ahead.

Enhancements to the Hobby Protection Act

Dozens of coins are directly or indirectly referenced in this article, counting all America the Beautiful Quarters and myriad other distinct mintmark and finish combinations. What the collector does with such a list may range from fulfilling a moment of academic curiosity to referring to it while building a type set of Obama-era coins.

Whatever the takeaway, perhaps the most important message is in recognizing that the period during Obama’s presidency was one of the most colorful times in modern numismatic history. It was a period shaped in no small part by changing collector tastes, the bold emergence of social media and digital technology in numismatics, and shifting hobby demographics. Meanwhile, Obama, for his part, authorized many new coins and other numismatic initiatives that collectors and the general public will be benefiting from and enjoying for decades to come. 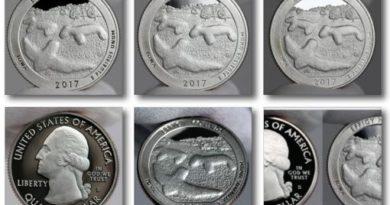