CHANGES IN US MINT

Two new pieces of legislation have been introduced (in one instance, reintroduced) to Congress that seek to alter the landscape of our nation’s circulating coinage.

Republican Senators John McCain (AZ) and Michael Enzi (WY) introduced the Currency Optimization, Innovation, and National Savings (COINS) Act of 2017 (S. 759) to the U.S. Senate on March 29. The bill seeks to spare the American taxpayer from further costs by streamlining the production of our nation’s money. Specifically, it hones in on three perennial hobgoblins of the fiscally minded: production of the penny, production of the nickel, and the United States’ reliance on paper $1 bills instead of $1 coins.

To address the first issue, McCain and Enzi propose to end cent production for a period of 10 years as of the enactment of the bill. According to Tom Jurkowsky of the United States Mint, it cost the Mint 1.5 cents to produce a single one-cent coin in fiscal year 2016[1]. And since it is the belief of the bill’s sponsors that there are enough pennies in circulation to accommodate the public’s commercial needs, the bill purports that the annual production of more one-cent coins at such a financial loss would be unnecessary for the span of an entire decade.

Within three years of the bill’s enactment, the Government Accounting Office (GAO) would be required to review the effects of the suspension and report to the Budget Committees of both the House and Senate, the Senate Banking, Housing, and Urban Affairs Committee and the House Financial Services Committee about its results. The permanent elimination of the coin as a circulating denomination would be considered at this point. Interestingly, the bill’s text mentions the one-half cent denomination as an example of a coin that has been phased out of common use.

The suspension of production would not, however, mean the elimination of one-cent coins made for the numismatic collector’s market. It would not also revoke the penny’s legal tender status.

As for the nickel, it costs about eight cents to produce one five-cent coin[2].

To ameliorate this situation, McCain and Enzi seek to amend 31 U.S. Code § 5112 by adding a subsection that requires the Mint Director to alter the current specific portions of copper and nickel in the clad composition of the five-cent coin (the “nickel”) as long as the general ratio of 80% copper to %20 nickel still applies. Before this is done, however, the Mint must perform a study on such a change and analyze the results to determine the best course of action. The subsection does not apply if or when such changes as it mandates no longer save the taxpayer money or have negative effects on the vending machine industry, the public or other “stakeholders”.

Additionally, the Mint is authorized (but not required) to conduct and submit a further study on the benefits of increasing the copper content of the coin as long as, again, it saves taxpayers money and does not harm stakeholders. It is worth mentioning that Senator McCain’s home state of Arizona is one of the top copper producers in the United States and home to two of three U.S. copper smelting facilities[3].

Finally, S. 759 enshrines into the United States Code that the Federal Government prefers one-dollar coins be used instead of one-dollar Federal Reserve notes. Much like the changeover from silver coinage to clad in the early 1960s, the Board of Governors of the Federal Reserve would be required to guarantee that enough $1 coins were ready to replace their paper money counterparts and meet the economic demand of the public. Then, assuming that requirement is met, the Federal Reserve would stop releasing $1 notes into circulation no sooner than two years after the enactment date of this law. The $1 bills would also be removed from circulation as they returned to banks and destroyed.

According to a 2011 GAO study, the replacement of dollar bills with dollar coins would save an estimated $5.5 billion in costs over 30 years[4].

Once again, $1 Federal Reserve notes would still be printed for the numismatic market and all $1 bills would still be considered legal tender for as long as they remained in circulation. As of the time of publication, the COINS Act of 2017 has yet to leave the Senate Banking Committee headed by Chairman Mike Crapo (R-ID) and Ranking Member Sherrod Brown (D-OH).

A little over a week later on Thursday, April 6, Representative Steve Stivers (R-OH15) introduced a similarly motivated bill–the 2017 Cents and Sensibility Act (H.R. 2067)–to the United States Congress that proposes to change the metal composition of the United States’ circulating coinage in order to lower the cost of manufacturing. Quoting the bill, the changes would take place “immediately”, presumably to circumvent possibly time-consuming research and development on the part of the Mint (a 90-day window will be in effect).

This time, Title 31, Section 5112 of the U.S. Code would be amended to specify that the penny, nickel, dime and quarter be made out of steel, and that the coins are to be treated in such a way that each new steel issue resembles the previous version of that specific denomination. How this is achieved is left up to the Mint, but presumably whatever method is chosen must not cost the taxpayer so much that production of the new steel coinage costs more than coin production costs at present.

Beyond that, the bill makes sure that the Mint doesn’t overburden the coin-accepting device industry (“stakeholders” – our quotes) and that tokens or foreign coins are not used as legal tender in lieu of changing the composition of American coinage. Collectible versions of circulating coinage produced after the 90-day transition window may be in either the new steel composition or in a metal composition similar to types issued before this bill was enacted, if it were to be so. A small amendment at the end of the Cents and Sensibility Act would allow the Secretary of the Treasury to reduce, increase or otherwise alter the weight of the one-cent coin in order to produce an appropriate number of pennies for circulation.

The bill currently sits with the House Financial Services committee, where it awaits consideration to be submitted to the House and Senate proper. Representative Jeb Hensarling (R-TX3) has served as the committee’s current chairman since 2013. At the time of writing, the bill has two cosponsors: representatives Betty Joyce (D-OH3) and Pat Tiberi (R-OH12).

Representative Stivers introduced previous versions of this bill in 2011, 2013 and 2015; none made it out of committee. 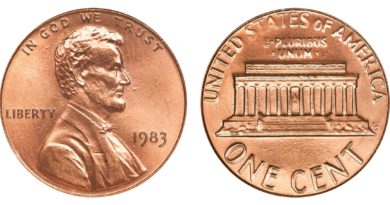 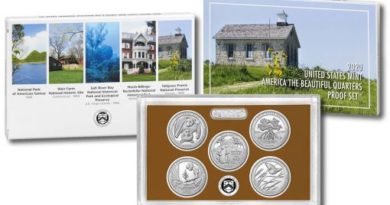