Gold and silver futures retreated from 14-week highs but they still extended their string of weekly wins — three for gold and seven for silver.

“Gold is close to its recent multimonth high despite the strong dollar, due to an increase in volatility on the equity markets and more uneasiness on the political front, which is 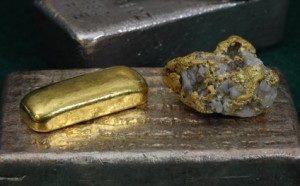 Gold futures traded 0.3% higher this week following two prior weekly advances of 1.2% and 2.7%. On Thursday, the yellow metal ended at $1,241.60 an ounce for its strongest close since Nov. 10. Gold prices are 7.6% higher through the first seven weeks of this year.

In looking ahead to next week, Kitco News offers the following forecasts via their Wall Street vs. Main Street survey:

“Seventeen traders and analysts took part in a weekly Wall Street survey. 10 voters, or 59%, see gold prices rising by next Friday. Four, or 24%, said they see prices headed lower, while three voters, or 17%, look for a sideways market.

Closing lower for the first time in four sessions, silver for March delivery slipped 4.4 cents, or 0.2%, to $18.03 an ounce. Silver futures gained 0.5% this week and they are 12.8% higher on the year to date. On Thursday, they also logged their strongest settlement since Nov. 10.

The two metals remain sharply higher this year with gains of 11.1% for platinum and 14% for palladium.

London precious metals prices ended mixed on Friday and higher for the week. In comparing their levels from Thursday PM to Friday PM:

US Mint Bullion Coin Sales in 2017

U.S. Mint bullion orders were divided this week with sales higher for silver coins and lower for gold coins. In the latest week-over-week comparisons:

Below is a sales breakdown of U.S. bullion products with columns listing the number of coins sold during varying periods. Products with an asterisk (*) are no longer available. 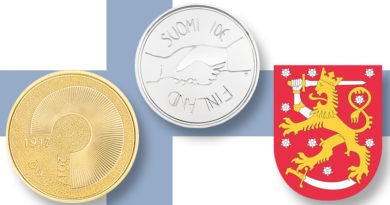