In futures trading Wednesday, gold and silver were little changed while platinum and palladium posted respective losses of 1.7% and 1.9%. Gold climbed higher in after-hour dealings following the release of the Fed’s latest monetary policy statement.

“We didn’t see any good news coming out of that FOMC statement and we did see that the interest rates are going to remain at the same levels, which are very low, through 2022 — and that’s probably a little friendly for the gold market too.”

United States Mint bullion sales were unchanged Wednesday. Below is a sales breakdown of U.S. Mint bullion products with columns listing the number of coins sold during varying periods.

In terms of 5-ounce silver bullion sales for 2020, the U.S. Mint is working on getting them automated and reported. Initial U.S. Mint-provided figures have the first two 2020-dated pieces at 45,000 produced and sold per issue. These amounts are being verified 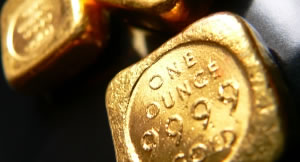