This image shows the signature side of the new $50 banknote.

This image shows the serial number side of the new $50 banknote.

About the new design of the Australian Bank Note

The $50 banknote will be released into general circulation in October 2018. It celebrates David Unaipon, an inventor and Australia’s first published Aboriginal author, and Edith Cowan, who is best remembered as the first female member of an Australian parliament. Their work is recognised in several design elements on the banknote, including shields from Unaipon’s Ngarrindjeri nation and images portraying the practices of miwi and navel cord exchange about which Unaipon wrote. The banknote also includes pictures of the gumnut brooch Cowan had made to symbolise that entry into Parliament was a ‘hard nut to crack’ for women, and the King Edward Memorial Hospital, a women’s and maternity hospital that she helped establish.

Innovative new security features have been incorporated in the new $50 banknote to help keep them secure from counterfeiting. These security features are similar to those in the $5 and $10 banknotes issued in 2016 and 2017, such as the top-to-bottom clear window that contains a number of dynamic features including a reversing number and flying bird. There is also a patch with a rolling colour effect and microprint featuring excerpts of Unaipon’s book Legendary Tales of the Australian Aborigines and Cowan’s maiden speech to Western Australian parliament.

Each banknote in the new series will feature a different species of native Australia wattle and bird. The $50 banknote features the Acacia humifusa and the Black Swan (Cygnus atratus), Unaipon’s ngaitji, or totem, and the bird of Cowan’s home state of Western Australia.

As previously announced, key aspects of the existing design – colour, size and people portrayed – have been retained for ease of recognition and to minimise the disruption to businesses. The new banknote series also has a ‘tactile’ feature to help the vision-impaired community distinguish between different denominations of banknotes.

All banknotes issued by the Reserve Bank remain legal tender and can continue to be used.

A core function of the Reserve Bank is to maintain public confidence in Australia’s banknotes. Australia has one of the safest and most secure currencies in the world and has experienced relatively low levels of counterfeiting for many years. To ensure that this continues to be the case, the Reserve Bank researches anti-counterfeit technologies and developments in banknote design.The results of this work have culminated in a project to upgrade the security of Australia’s banknotes.

Considerable work has already been undertaken on this project, including the development and review of banknote designs and production trials of new security features. It is important that the new features are durable, effectively incorporated into the banknote designs and rigorously tested. One aspect of this process is that the Reserve Bank has consulted extensively with key users of banknotes, including banknote equipment manufacturers, retail organisations, financial institutions and the vision-impaired community. Advice has also been sought through a number of channels during the development process, including a Design Advisory Panel, subject-matter experts and focus groups comprising members of the public. These ongoing consultations provide an opportunity to ensure that the new banknotes meet the needs of the community. 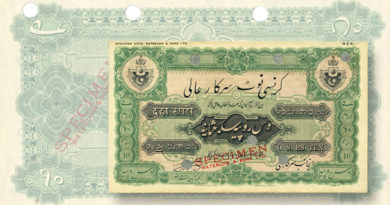 Specimens and trials from Waterlow & Sons 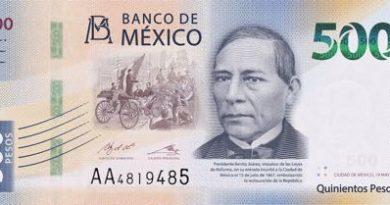