An ultra-rare 1838 half-dollar coin could fetch as much as $500,000 at the Whitman Baltimore Winter Expo at the Baltimore Convention Center on Nov. 14. 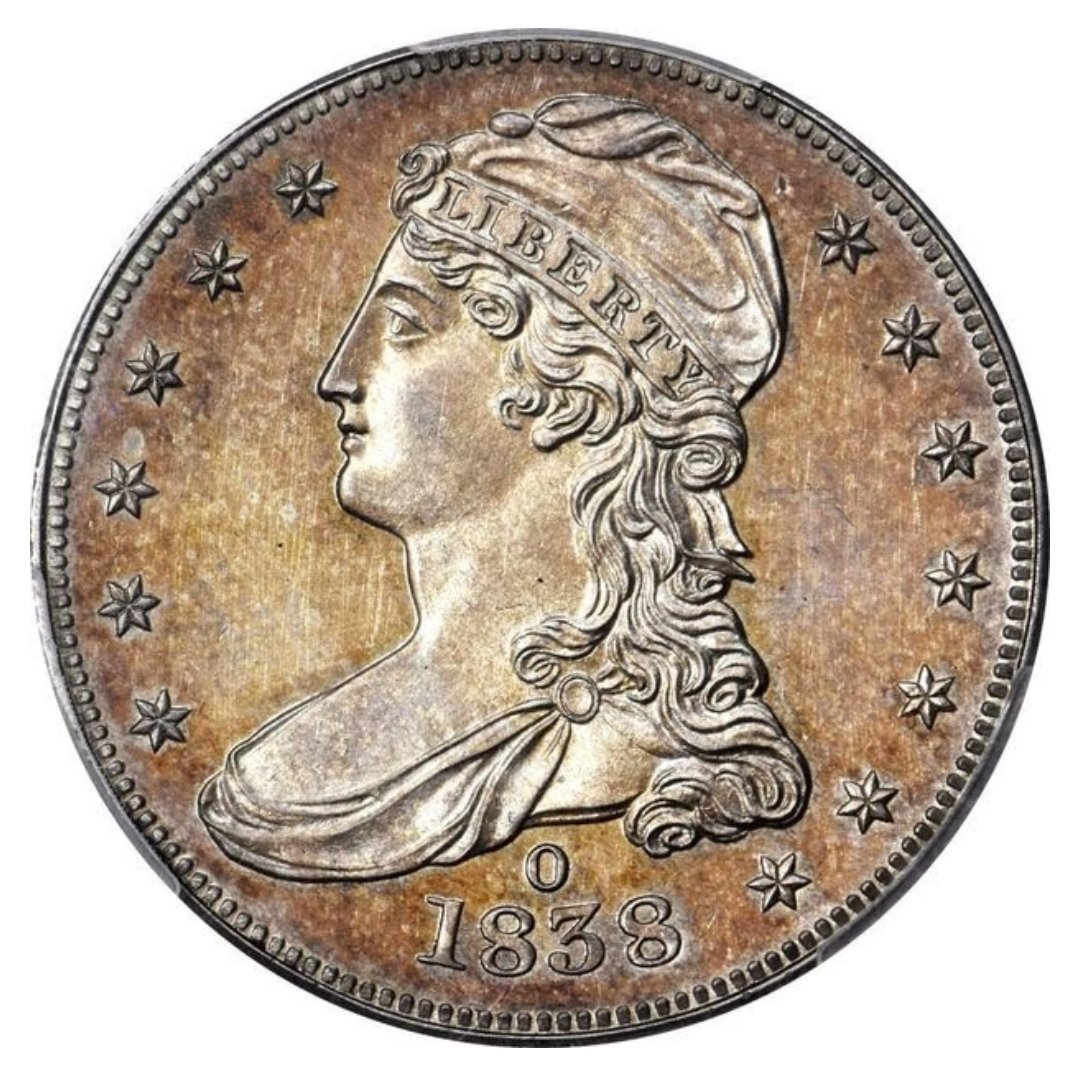 Known as 1838-O Capped Bust Half Dollar, the coin is one of only nine known to exist, according to numismatic auction house Stack’s Bowers Galleries. No more than 20 coins were made as the first issue of half dollars at the New Orleans Mint immediately after it was opened in March 1838.

The New Orleans Mint was established to produce coins of several different denominations at the time, but its main focus was the half dollars. This denomination was used to convert Latin American silver coins into the U.S. currency, according to Stack’s Bowers Galleries.

However, the spread of yellow fever in the area, coupled with technical issues, limited production of the coin that year. As a result, very few were struck, and the 1838-O half-dollar became sought-after by collectors and enthusiasts alike.

The 50-cent coins weigh 13.36 grams, and measure 30 millimeters in diameter. They contain 90% silver and 10% copper. The surfaces are highly reflective, featuring light golden-orange peripheries and brief ice blue highlights on the obverse. The reverse displays light copper-rose and pale blue iridescence in the fields.

The coin for sale is known as the Cox Specimen, one of the finest examples available. It was once held in the collection of “Colonel” E.H.R. Green, the son of the infamous “Witch of Wall Street” Hetty Green, the auction house said.

The coin was passed from the Greens through the hands of several prominent collectors and dealers. This is the first time it has been on the market since the 1980s.

“This is one of those coins that every serious collector dreams about acquiring,” Brian Kendrella, president of Stack’s Bowers Galleries, said in a statement. “It almost seems that it was fated to become a collector’s item from the day it was struck.”