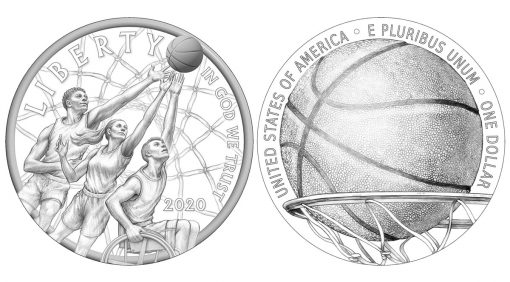 U.S. Mint line art images of the obverse (heads) and reverse (tails) designs for the 2020 Basketball Hall of Fame Commemorative Coins. The coins will be struck in gold, silver and clad and be curved in shape. The shown reverse design is for the silver dollar. The gold and clad designs are the same, except for the denomination inscription.

In 2020, the U.S. Mint will produce and sell up to 50,000 $5 gold coins, 400,000 silver dollars and 750,000 clad half dollars in recognition of the 60th anniversary of the Naismith Memorial Basketball Hall of Fame (www.hoophall.com). The coins will share common obverse (heads) and reverse (tails) designs.

Those designs were revealed Sept. 6 during the 2019 Naismith Memorial Basketball Hall of Fame Enshrinement Ceremony at Springfield Symphony Hall.

The concave obverse design was selected from a public competition as directed by Public Law No: 115-343. Created by Justin Kunz and sculpted by Michael Gaudioso, it depicts three players reaching for a basketball, and reflects, as described by the Mint, “how the sport of basketball has brought together diverse people around the world through a simple, universal, and unifying athletic experience.” 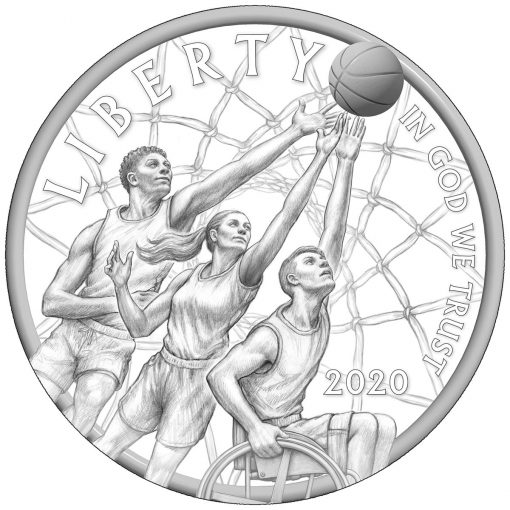 A larger view of the obverse design

Background elements include the rim and net, along with inscriptions of “LIBERTY,” “IN GOD WE TRUST,” and “2020.”

The design was recommended by the Citizens Coinage Advisory Committee (CCAC) and the Commission of Fine Arts (CFA) after reviewing dozens of Basketball-themed designs.

The authorizing law for the commemorative coins mandated a common reverse that depicted a basketball. Convex in shape, the selected design which shows a basketball about to pass through the net was created by Donna Weaver and sculpted by Phebe Hemphill. 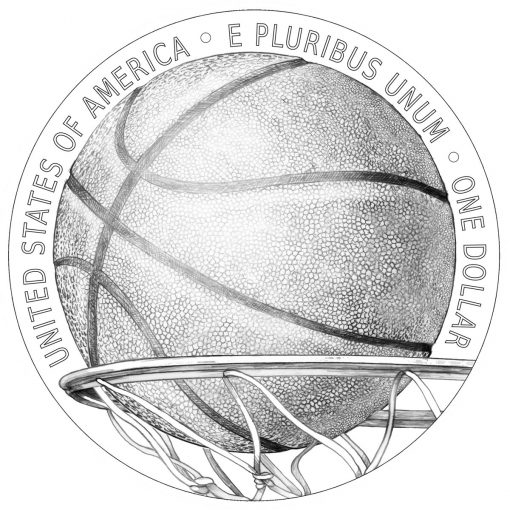 A larger view of the reverse design

Surrounding the image are inscriptions of “UNITED STATES OF AMERICA,” “E PLURIBUS UNUM,” and “FIVE DOLLARS” on the gold coin, “ONE DOLLAR” on the silver dollar, and “HALF DOLLAR” on the clad half dollar.

This CFA preferred this design. It ranked second highest among voting members of the CCAC.

A release date and pricing details will become available for the Basketball Hall of Fame Commemorative Coin Program prior to its launch in 2020.

Under the terms of Public Law No: 115-343, a surcharge of $35 per gold coin, $10 per silver dollar and $5 per clad half-dollar will be added to each coin sale. Collected surcharges will fund an endowment to enable increased operations and educational programming for the Naismith Memorial Basketball Hall of Fame.

Handling Coins and Caring for Your Coin Collection 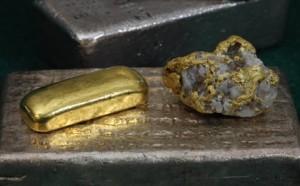