Wide AM and Close AM Lincoln Varieties Lincoln cent varieties.

So, what exactly is a Wide AM and Close AM Cent?
The terms Close AM and Wide AM refer to the spacing between the letters ‘A’ and ‘M’ in “America” on the reverse of the Lincoln Memorial Cent. The terms generally refer to the different die varieties of 1992, 1998, 1999 and 2000. From its introduction in 1959 through 1992, all Lincoln Memorial Cents including both business and proof strikes were intended to have the Wide AM reverse. In 1993 the mint changed to the Close AM reverse for both its business and proof strikes. Then in 1994 the mint changed once more and began to produce all business strikes with Close AMs, while using the Wide AMs on all proofs, until the coins last year of production in 2008.

So, what are the varieties?
The first and rarest of the varieties is the 1992 and 1992D Close AM. It appears that the mint used the reverse die intended for the 1993 cent on an unknown but limited number of 1992 cents at both the Philadelphia and Denver mint.  As of the time of this writing, there are only three known examples from the Philadelphia mint and less than 15 from Denver. A 1992D Close AM PCGS AU58 recently fetched $3,550 here on eBay.

So, How do I tell them apart?
The simplest and most obvious way to tell the two apart is to first look at a known Wide AM (1959-1991), and compare it with a known Close AM (1993-1997; 2001-2008) with a jewelers loop or magnifying glass. A Close AM should appear to either be touching or have just enough space between the letters for a piece of paper to slide between them. The  letters of the Wide AM variety will look separated and like a piece of paper will have a lot of wiggle room if slid between. After examining under a magnifying glass enough times, your eye will become accustomed to the difference, and you should be able to tell which is which with the naked eye.

Example of Wide AM (top) and Close AM (bottom)

Notable Mention:
In January 2009, Billy Crawford author of Die Variety News, a bi-monthly magazine dedicated to the various die varieties of Lincoln cents and other US coins, reported the discovery of a unique 1996 Wide AM variety Lincoln Cent. The coin was reported to have a 50 degree rotational die error reverse and be of the Wide AM variety. It was said to have been stolen from him along with other coins in a robbery outside of a coin show a short time later. Its existence was never authenticated by a third party grading service, and its current whereabouts is unknown.

Wide AM vs Close AM Lincoln Varieties 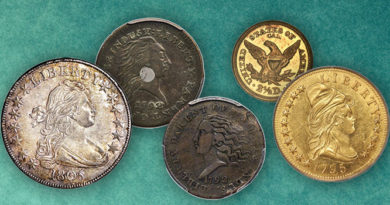 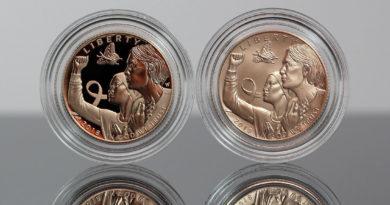 10 thoughts on “Wide AM and Close AM Lincoln Varieties”