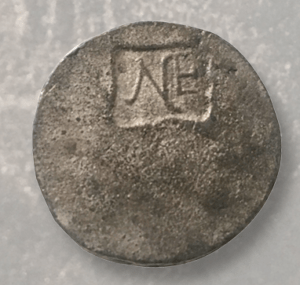 I found this coin when I was a boy in the woods off any trails around 1989-1991. It was found in an Alabama forest on the outskirts of Birmingham. I have never known or researched its markings, but let a friend see it tonight. He used Google and promptly found matches to similar objects labeled “New England shillings.”

Would anyone care to add their two cents to what I believe to be a coin pressed for only three months in the 1600s and that has a total of six known distinct designs, all of which seem to be quite rare?

Also, do you have any thoughts as to why I would have miraculously found such an object with such a low number of total produced items in the uncharted forest on the outskirts of Birmingham, Ala.? Two photos of the actual item are attached.

Examining the images attached with reader Engler’s email raised immediate doubts about the authenticity of this piece, but the images were forwarded on to Colonial coin specialist John Kraljevich, of John Kraljevich Americana in Fort Mill, S.C., who writes the “Colonial America” column that appears in the fourth issue of Coin World every month.

Here’s what John has to say:

“It’s a known, modern fake. It’s lead/pewter, not silver. It’s too round. The punches are wrong. The surfaces/texture are wrong. It looks like the punches are opposite each other (i.e. both at the top) whereas on genuine ones they are aligned top to bottom.

“Genuine ones are made of rolled and hammered silver, hand trimmed to size (thus making the shape and size of each one unique), then stamped with two individual marks that do not line up opposite each other.

“This is a modern cast that’s been sold at museum gift shops since the 1960s. Even today, many do not feature the COPY stamp.”

Since the 1973 Hobby Protection Act, modern numismatic replicas are required, by law, to be marked with the word “COPY.” 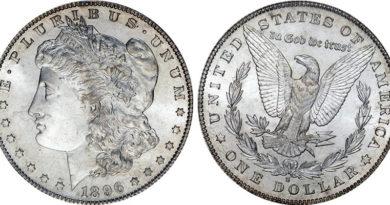 5 Rare Morgan Dollar VAM Varieties You Should Search For 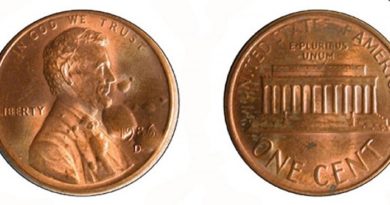 2 thoughts on “Example of New England Shilling found in Alabama”