In addition to the four new one-cent reverse designs of 2009 was a silver commemorative dollar honoring the 200th birthday of Abraham Lincoln. Public Law 109-285, the “Abraham Lincoln Commemorative Coin Act”, was signed into law on September 27, 2006 by President Bush and was released on February 12, 2009, becoming one of the very first coins released under the Obama Administration.

The 2009 Braille commemorative silver dollar became the first United States coin with readable braille, a type of writing utilizing a series of raised dots to convey words and phrases to those who are blind. The Louis Braille dollar, commemorating the 200th birthday of the French educator, was released on March 26, 2009 and became one of the first new United States coins under the Obama presidency.

The 2010 American Veterans Disabled for Life Dollar was released on February 25, 2010, and commemorates individuals who not only served in times of war, but also paid a dear price because of their service to the United States or died after living with their injuries. The authorizing legislation, Public Law 110-277, “the “American Veterans Disabled for Life Commemorative Coin Act” was among the last Obama era commemorative coins that had been signed into law by Bush.

The Boy Scouts of America Centennial dollar was released on March 23, 2010 and honors the centennial of the Boy Scouts youth organization, which was founded on February 8, 1910. The silver dollar legislation was signed into law by Bush in 2008 and released during the Obama presidency.

The 2011 Medal of Honor Dollar and $5 Gold coins were among the first coins to be both signed into law by Obama and released during his presidency. Both coins, which incorporate an image of the Medal of Honor, saw relatively limited distribution, especially in Uncirculated finish and are among the scarcer of the more recent United States commemorative coins.

Several commemorative coins released during Obama’s first term were signed into law by his predecessor, but the legislation behind the 2012 Star Spangled Banner silver dollar and $5 gold commemorative were both authorized and signed into law during the second year of Obama’s tenure and released during his fourth. The coins honor the 200th anniversary of the “Star-Spangled Banner” national anthem, which was written by Francis Scott Key in 1814 during tense moments at Fort McHenry in Baltimore during the War of 1812.

The Girl Scouts of America were honored on a 2013 silver dollar was signed into law by Obama during his first year of office on October 29, 2009. The silver dollar, which celebrates the 1912 founding of the beloved youth organization for girls, employs a numerical representation of its denomination as “$1,” becoming the first U.S. commemorative silver dollar to express its face value using both the “$” dollar sign and a simple “1” numeral in this manner.

What do Henry “Hap” Arnold, Omar N. Bradley, George C. Marshall, Dwight D. Eisenhower, and Douglas MacArthur all have in common? These five men were all five-star generals and historic figures featured on the Five-Star Generals half dollar, silver dollar, and $5 gold coin. Arnold and Bradley anchor the obverse of the half dollar, Marshall and Eisenhower hold fort on the dollar, and the iconic MacArthur, who became a household name while leading the Pacific Theater during World War II, is singularly honored on the $5 gold coin.

One of the most popular commemorative coin initiatives of the Obama era is none other than the National Baseball Hall of Fame half dollar, silver dollar, and $5 gold coin, each of which feature a unique, dome-shaped design. The three commemorative coins, designed by a young California artist named Cassie McFarland, scored a collective home run with diehard numismatists and baseball fans alike. Across all three denominations in either Uncirculated or Proof finish, a total of 841,313 coins were sold, representing one of the most successful United States coin initiatives in terms of program sales figures since the release of the 1995-96 Olympic coins.

The 50th anniversary of the first Kennedy half dollars of 1964 was honored with the release of the 2014-W Gold Proof Kennedy half dollar. The dual dated 1964-2014 3/4-ounce .999-fine gold coin features faithfully replicated versions of the standard obverse and reverse designs by Gilroy Roberts and Frank Gasparro, respectively. The 2014 Gold Kennedy coin was widely anticipated prior to the opening of sales on August 5, 2014.

However, positive sentiments about the coin were somewhat dampened when fights broke out among some of the hundreds of people lined up to buy the coin on the day of its release at the American Numismatic Association’s (ANA) World’s Fair of Money show in Chicago. Demand for the coin stagnated only days later, and many orders were later cancelled, meaning negative sales reports from the Mint. The production limit, initially set at 200,000, was adjusted to 75,000. The Mint finally achieved a technical sellout one year later, when 73,772 pieces were ultimately sold.

The 2014 Civil Rights silver dollar specifically honors the landmark Civil Rights Act enacted on July 2, 1964. The law made impacts in labor and hiring practices as well as general society and outlaws discrimination based on race, color, religion, sex, or national origin. While the law protects all Americans, it represented the de jure end to discriminatory voter registration requirements and racial segregation in the workplace and in establishments that serve as public accommodations, such as restaurants and hotels.

The Uncirculated Civil Rights dollar coin became one of the scarcer commemoratives released during Obama’s second term, selling just 24,720 pieces. The proof version of the coin fared marginally better on the distribution side, recording sales of 61,992 coins.

The 2015 United States Marshals commemorative coin program honors the federal law enforcement agency that works within the United States Department of Justice and belongs to the judicial branch of the government. The half dollar and silver dollar depict scenes reminiscent of earlier times for the agency, particularly with imagery of the gun-slinging lawman on the obverse of the half dollar and dollar. The $5 gold coin centrally features the Marshal’s star-shaped badge on its obverse and heraldic eagle embracing a U.S. Marshals shield upon its breast on the reverse.

Speculative frenzy heated up within the coin community during the late spring of 2015, when the March of Dimes 75th anniversary silver dollar was released. The coin, prominently featuring a jugate bust of polio survivor and March of Dimes founder Franklin Delano Roosevelt and polio vaccine pioneer Dr. Jonas Salk, was a hit.

But the real shot in the arm for proof sales of the March of Dimes commemorative silver dollar was the special inclusion of two specially produced 2015 proof dimes in a three-coin limited-edition collector set. The 2015-P reverse proof and 2015-W proof silver dimes boasted a total mintage of 75,000, and the three-coin sets in which they were sold were gone within days of their May 4 release.

One of America’s most beloved writers and humorists, Samuel Langhorne Clemens – better known to millions by his pen name, Mark Twain – is featured on a silver dollar and $5 gold coin commemorative pair. Surcharges for the coin, which honor the man who wrote such classics as Huckleberry Finn and “The Celebrated Jumping Frog Calaveras County, benefit The Mark Twain Project at the University of California, Berkeley; the Mark Twain House and Museum in Hartford, Connecticut; the Mark Twain Boyhood Home and Museum in Hannibal, Missouri; and the Center for Mark Twain Studies in Elmira, New York.

The centennial of the National Park Service (NPS), operating some of the nation’s most popular recreational and conservation sites, such as Grand Canyon National Park and the Blue Ridge Parkway, is honored on three commemorative coins released. The half dollar, silver dollar, and $5 gold coin each pay homage to the NPS and its 100th birthday with designs featuring the organization’s logo and interpretive scenes from some of the various 400 parks and sites operated by the service.

The Lions Club International silver dollar was released on January 18, 2017 and became the last United States commemorative coin released under the Obama Administration. The coin, struck in both proof and uncirculated finishes, honors the 100th birthday of Lions Club International, a community service organization founded by Chicago businessman Melvin Jones in 1917 that now has more than 1.4 million members worldwide.

The Boys Town Centennial half dollar, silver dollar, and $5 gold coin trio commemorates the Nebraska youth and family charity that was started by Father Edward J. Flanagan in 1917. While it will be released during the Trump Administration, this commemorative coin was signed into law by President Obama on July 6, 2015.

This silver dollar, signed into law by Obama in 2014, honors all American veterans who fought in World War I, which formally concluded in 1918. While the last American World War I veteran died in 2011, the new silver dollar is sure to make proud the many now-elderly children whose parents fought in World War I. The design of the silver dollar was decided in a public competition, and was one of the first such coin design contests since the designs on the United States 1776-1976 Bicentennial coins were solicited from the public more than 40 years earlier.

The trio of 2018 Breast Cancer Awareness commemorative coins is significant in that it will include the first United States pink gold coin. Furthermore, as with the World War I American Veterans silver dollar, the designs for the breast cancer awareness coins will be decided by a public competition. President Obama signed the bipartisan bill, pitched by United States Representatives Carolyn B. Maloney (Democrat, New York) and Pete Sessions (Republican, Texas), on April 29, 2016.

The 1969 Apollo 11 mission that made Neil Armstrong the first person to walk on the Moon will be commemorated on four different coins to be released in 2019 during the 50th anniversary of the first manned lunar landing. The four-coin commemorative series will be significant for featuring domed planchets (like the 2014 National Baseball Hall of Fame coins) and two types of silver dollars, including one struck to the denomination’s standard specifications and another with the same physical specifications as the three-inch-diameter, 5-ounce .999-fine silver America the Beautiful coins. The 2019 Apollo 11 commemorative coins, signed into law by President Obama on December 16, 2016, will be released at about the time the 2020 United States presidential election run-up will be well underway. 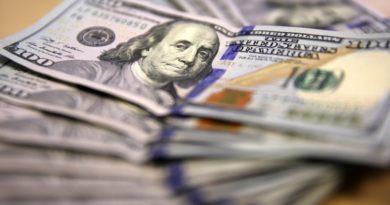 Economic and Commodities Rise to Lift All Note Values?