It’s still unclear how history will ultimately remember the presidency of Barack Obama, who served as the 44th president of the United States from 2009 through 2017. But coin collectors can already honor the historic, two-term former commander-in-chief in their own ways. Over the course of the eight years President Obama helmed the nation from the Oval Office, a multitude of new coins and other numismatic measures were issued or legislated. Some of the coins released during Obama’s presidency had been signed into law by President George W. Bush. Others were legislated under Obama’s watch and will be released during the presidency of Donald Trump, who was inaugurated on January 20, 2017.

Some of these Obama-era coins are numismatically historic, while others are more obscure yet nevertheless important collectibles in their own right. The coins range from circulating one-cent commemoratives to issues bearing entirely new denominations, and each deserves a spot in any modern U.S. coin collector’s proverbial cabinet. Additionally, there were also several landmark changes to other aspects of the hobby while Obama was in office.

Let’s take a look at the coins, money and other numismatic happenings of the Obama era and consider each for its significance to the hobby as well as in history.

Among the first coins to enter circulation during President Obama’s first term, Lincoln Bicentennial cents honor the various stages of Abraham Lincoln’s personal and career life from his birth in a Kentucky log cabin to the presidency. The first of the four 2009 Lincoln cents bearing commemorative reverses was released February 12, 2009 – just a few weeks into Obama’s presidency.

Not lost on historians is the poetic fact that the 2009 Lincoln Bicentennial cents, the first new series released during the presidency of our nation’s first black president, honor the 200th birthday of the man who in 1863 legally emancipated slaves in the United States.

Lincoln Bicentennial cents were issued in their conventional 97.5% zinc, 2.5% copper composition for circulation and 95% copper, 5% tin and zinc composition for collector sets–as was the alloy of the 1909 Lincoln cent. The 2009 Bicentennial cents are not considered scarce today as hundreds of millions were made in the zinc-based alloy, and those pieces widely circulated today.

The 50-year-old Lincoln Memorial design on the reverse of the Lincoln cent in 1959 was removed in 2009 to accommodate the four commemorative designs of the Lincoln Bicentennial cent series. In 2010, the Lincoln Memorial motif was permanently replaced by the Union Shield, which represents Lincoln’s ability to keep the country together following the Civil War, which lasted from 1861 through 1865.

Lincoln was assassinated on April 14, 1865 by John Wilkes Booth – only six days after Confederate General Robert E. Lee had surrendered his army at Appomattox. But the 16th president will forever symbolize the reunification of a nation divided.

Lincoln cents made since 2010 are generally common and are slowly but surely becoming the nation’s primary circulating one-cent type coin. No major die varieties or scarce numismatic issues are known as of the time of writing, and all regular-issue circulated specimens are worth face value.

2017-P Lincoln cents were issued under Obama as zinc-based general-circulation coins, and the first recorded specimen was discovered in early january by a coin collector while visiting a gas station in North Carolina. Any numismatic issues of the 2017-P Lincoln cent were released after Obama left the White House on January 20, 2017.

Helping ramp up sales for the 2015 March of Dimes commemorative silver dollar, the United States Mint issued two special 90% silver Roosevelt dimes. The Roosevelt dimes rounded out a three-coin proof set anchored by the March of Dimes silver dollar, which features an obverse jugate portrait of President Franklin Delano Roosevelt, who founded the March of Dimes in 1938 to help fund the fight against polio, and Dr. Jonas Salk, who discovered a vaccine for the disease. The March of Dimes silver set includes a Philadelphia-minted Reverse Proof dime and a West Point Proof specimen. The 2015-P Reverse Proof was the first such issue for the dime denomination, while the 2015-W became the first Proof West Point dime.

One can argue that the 2015 March of Dime silver Proof set, which sold out within a few days of its release on May 4, would probably not have sold as well if not for the inclusion of the two silver Roosevelt dimes. Whether this is true or not, the secondary market was certainly hungry for the trio. By mid-May, some March of Dimes silver sets were selling for more than $200, more than three times the original issue price of $61.95. Today, the set trades today for generally between $75 and $100.

Though technically a standalone series, the 2009 Washington, D.C., and United States Territories quarters are commonly seen as an appendix to the wildly popular 50 State Quarters series that ran from 1999 through 2008. Six different reverse designs were included in the D.C. and Territories Quarters series, including those honoring the District of Columbia, Puerto Rico, Guam, American Samoa, U.S. Virgin Islands, and Northern Mariana Islands.

The America the Beautiful Quarters series, which launched in 2010 and is slated to run until 2021, was authorized by the America’s Beautiful National Parks Quarter Dollar Coin Act of 2008. The Act was signed by President George W. Bush on December 23, 2008, representing one of the last bills he officially brought into law before President Obama took office less than a month later. New issues in the series are released about every 10 weeks, similar to the frequency of new designs with the arguably more popular 50 State Quarters series that preceded it.

Each new design is released based on when the national landmark was introduced; Hot Springs National Park in Arkansas, established on April 20, 1832, was the subject of the first quarter. The Tuskegee Airmen National Historic Site, established on November 6, 1998, will be the last issue of the America the Beautiful Quarter series upon its release in 2021. Incidentally, President Obama’s birth state of Hawaii is honored with the Hawaii Volcanoes National Park Quarter of 2012, and Vice President Joe Biden’s home state of Delaware is featured on the 2015 Bombay Hook National Wildlife Refuge Quarter.

Born in the wake of the immensely popular 50 State Quarters program, which ran from 1999 through 2008, the Presidential $1 coin series was a Bush-era initiative that largely lived out its days during the Obama Administration. The scope of the program did change midway through Obama’s presidency when, in 2012 the Presidential $1 coin transitioned from being a circulating series to a numismatic-only coin program.

The final Presidential dollar coin was issued on July 1, 2016. The last dollar honors Ronald Reagan, who served as the nation’s 40th president from 1981 through 1989.

The Native American dollar series honors significant “contributions by Indian tribes and individual Native Americans to the development and history of the United States,” according to the verbiage of the 2007 legislation authorizing the series. The coin series, anchored by Glenna Goodacre’sSacagawea obverse first seen on the dollar coin in 2000, features annually changing reverse designs. The first of these designs honors the Three Sisters method of planting corn, beans, and squash, and was released on January 2, 2009. 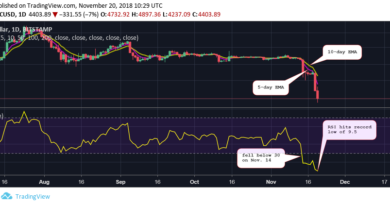 Possibly the First US Coin Ever Minted