In 2020, the Armed Forces Silver Medal series from the United States Mint will start celebrating branches of the military with 2-inch medals struck in 2.5 ounces of .999 fine silver. 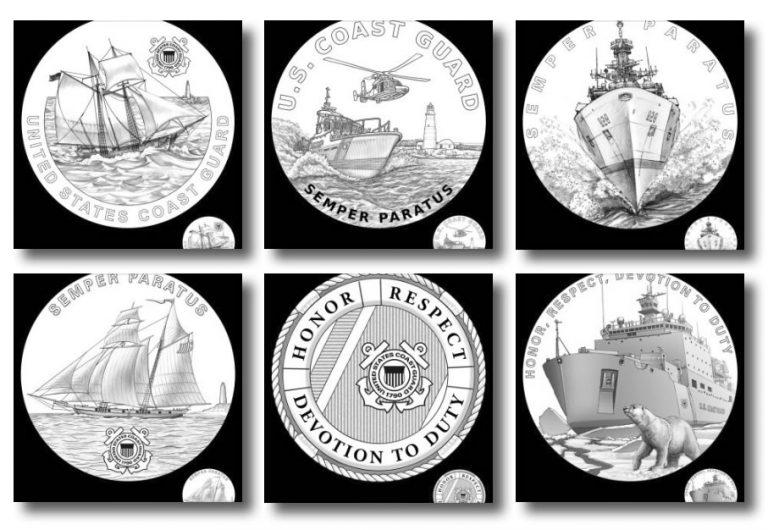 These medals mark a first for the U.S. Mint as each will honor a military branch as a whole and for the entirety of its mission. Previous military medals commemorate special events like battles and anniversaries, and they are not in silver.

On Tuesday, Oct. 16, the U.S. Mint unveiled proposed designs for the first two medals, the 2020 Coast Guard Silver Medal and the 2020 Air Force Silver Medal. They were presented for review to the Citizens Coinage Advisory Committee (CCAC).

CoinNews will hold off on writing about CCAC recommendations until after members of the Commission of Fine Arts (CFA) have reviewed the same designs. This article focuses on the Coast Guard medal design candidates. Look here for the Air Force medal designs.

Although the U.S. Coast Guard can trace its roots back to 1790, the Coast Guard we know today is a blend of a variety of organizations and services that developed over the years. On August 4, 1790, Congress approved Alexander Hamilton’s proposal to create the Revenue Cutter Service — a fleet of ten cutters whose purpose was to protect the revenue of our new nation.

Today the Coast Guard is a multi-faceted service protecting not only people and vessels, but also lighthouses, navigation aids, riverways, lakes, and wildlife, as well as inspecting and enforcing economic traffic, hazardous cargo, migrant interdiction, national security, and much more. As is said, the Coast Guard protects those on the sea, protects the nation from threats delivered by the sea, and protects the sea itself. They are always ready.

CG-O-01 depicts a Coast Guard motor lifeboat speeding through rough water as an MH-65 Dolphin helicopter races overhead. The Boston Lighthouse, one of the oldest lighthouses in the country, is seen in the background as a beacon of safety and security. Inscriptions are “U.S. COAST GUARD” and “SEMPER PARATUS,” the Coast Guard motto, meaning “Always Ready.”

CG-O-02 depicts a Marine Protector-class patrol boat on duty with its rescue boat deployed. The Coast Guard emblem is found at the bottom of the design, while the inscription “U.S. COAST GUARD” is arced across the top.

CG-O-03 features one of the Coast Guard’s National Security Cutters on patrol. The Coast Guard emblem is depicted above the bow of the ship. Inscriptions are “U.S. COAST GUARD” and “SEMPER PARATUS.”

CG-O-04A and CG-O-04B depict a U.S. Coast Guard National Security Cutter at full throttle, speeding head-on toward the viewer, conveying the Coast Guard is “Always Ready.” The inscription “SEMPER PARATUS” is arced across the top of the design. 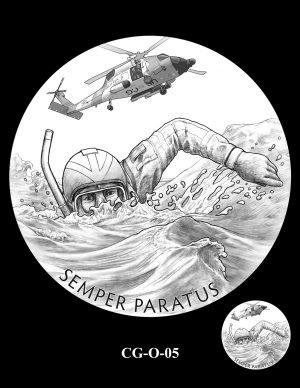 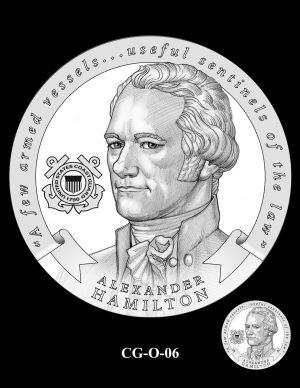 CG-O-05 features a Coast Guard rescue swimmer racing through rough water toward the viewer. Hovering overhead, the Jayhawk helicopter that lowered the swimmer waits to hoist the survivors. The Coast Guard motto “SEMPER PARATUS” is incused into the bottom of the waves.

CG-O-06 depicts a portrait of Alexander Hamilton, the founder of the U.S. Coast Guard. The Coast Guard emblem is seen on the left. Around the border are inscriptions, including “ALEXANDER HAMILTON” at the base of the portrait, and a quote from his proposal for the Revenue Cutter Service – “A few armed vessels…useful sentinels of the law.”

CG-O-10 features the Revenue Cutter Massachusetts, the first cutter to enter active service. In the background is the Boston Lighthouse. The Coast Guard emblem is found at the top of the design, while the inscription “UNITED STATES COAST GUARD” arcs across the bottom.

SEE THE REVERSE OF THE COAST GUARD COINS HERE 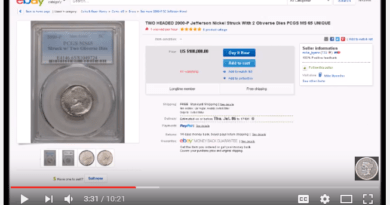 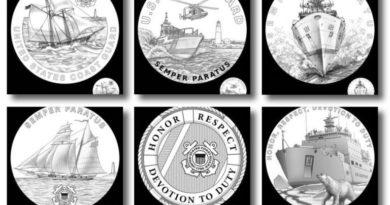