Thorpe was born in 1887 and a member of the Sac and Fox Nation. He would become the first Native American to win an Olympic gold medal for his home country. He was also known for being extremely versatile in his athletic abilities and participated in many sports.

Authorized by Public Law 110-82, the dollar appears as the tenth in a series showcasing annually changing reverses honoring Native Americans and the important contributions made by Indian tribes or individuals.

Jim Thorpe’s design was publicly unveiled in December following a review process that included 15 candidates. Created by Michael Gaudioso, it depicts a profile of Thorpe in the background with highlights of his achievement in football and as an Olympian in the foreground. 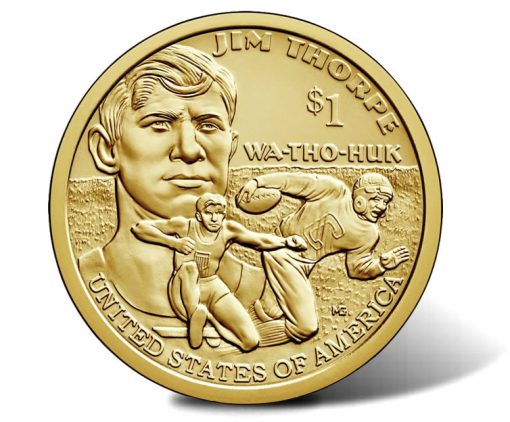 All coins of the series have the same obverse (heads side) portrait by Glenna Goodacre of Sacagawea, which was first seen on the 2000 Sacagawea golden dollar. Obverse inscriptions read LIBERTY AND IN GOD WE TRUST.

Dollar coins have edge inscriptions of the year of issue, mint mark, and E PLURIBUS UNUM.

Pricing for $1 coin products have been the same for about a half-dozen years. Here is a table listing the six product options and their prices: 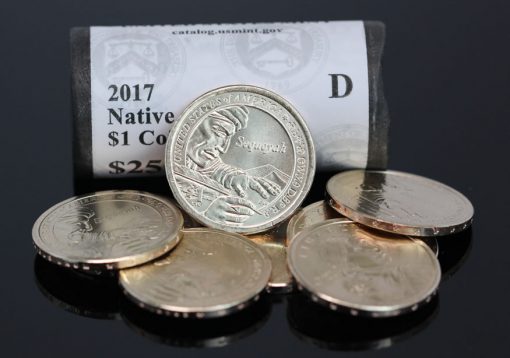 All are featured in circulation quality, but have never actually been released into circulation.

2018 Native American $1 Coins may be ordered directly from the U.S. Mint using this online page. Phone orders are accepted by calling 1-800-USA-MINT (872-6468). No mintage, product or household limits are in place.

Past Native American $1 Coins and Mintages

Themes presented on the reverse of previous Native American $1 program releases include:

Since the series debut, mintages have been trending lower. The big drop after 2011 is the result of dollar coins no longer being actually issued into circulation. They are produced in circulation quality only for issuance in numismatic offerings like roll, bag and box products.

*In January of each year, the U.S. Mint tends to strike dollar coins to the expected amounts needed for the entire year. There have been instances where more are made beyond January. 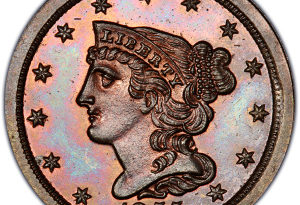 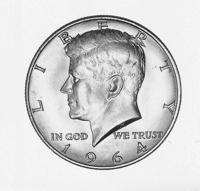 The Importance of the Kennedy Half Dollar Coin